Companies Donate $70,000 in Urgent Relief Supplies to Support Ukrainian Humanitarian Efforts – As One Extraordinary Colleague is Actually in Ukraine Providing Lifesaving On-the-Ground Support – And Keeping in Touch with Co-Workers and Neighbors Back Home

LETART, W.Va., March 21, 2022 /PRNewswire/ -- Felman Production, a Letart, West Virginia-based metallurgy manufacturing company, and CC Metals & Alloys (CCMA), a Calvert City, Kentucky-based mining and metals company, announced today they are providing $70,000 in support of humanitarian relief efforts in Ukraine. There are personal connections: Felman Production and CCMA are part-owned by two American businessmen, Mordechai Korf and Uriel Laber, who spent years living in Ukraine – and a colleague of Felman and CCMA, Kseniia Bezkrovna, who is of Ukrainian descent, has taken a leave and journeyed to the front where she is providing on-the-ground relief as fighting rages.

Ms. Bezkrovna is currently on the front lines in Odesa, Ukraine, providing housing, food, and medical attention to those in need. Initially, Kseniia told Mr. Korf and Mr. Laber she wanted to go to Ukraine to see how she could help. Soon after arriving in Moldova, Kseniia crossed the border into Ukraine and partnered with Dr. Zev Neuwirth, a U.S.-based physician working with multiple volunteer emergency medical services organizations.

She has kept in touch, providing a recent account:

"Just a few days ago, I was working on both sides of the Moldova-Ukraine border, and then in Chisinau, Moldova, with Dr. Zev Neuwirth and his team cooperating with local hospitals and organizations in Ukraine and Moldova responding to the patients in critical need of medical attention.  Now, I am on the Ukrainian side of the border, currently in Odesa, providing medical support and other help to refugees and others who have been displaced.

"My team is taking care of people, providing housing accommodations, and responding to their immediate needs. Right now, much of our work involves getting medicine, medical supplies, clothing, and other protective equipment to the Ukrainian people.

"Today, I responded to an urgent call to bring a thyroid medication that was difficult to find, so I searched around the city and bought it from as many pharmacies as I could."

"When Kseniia first told us of her plans to go to Ukraine to help those affected by the ongoing war, we wanted her and the entire Felman Production and CCMA family to know where we stand as a company," said Mordechai Korf and Uriel Laber of Felman Production and CCMA in a joint statement. "That's with the Ukrainian people, and we're proud to do everything we can to support every Ukrainian during this time of crisis. We are humbled and deeply inspired by Kseniia's bravery, dedication, and selflessness. We commend Kseniia for the critical, life-saving work she is doing to ease suffering and bring aide to those in need."

Dr. Zev Neuwirth said: "Kseniia has demonstrated tremendous courage and bravery, and she has been a vital member of our team. We are fortunate to have Kseniia on the ground as well as the generous support from Mordechai Korf and Uriel Laber and customers of Felman Production and CCMA, as well as many other individuals and organizations. Their generosity allows us to expand our reach and save even more lives."

In addition to Felman Production and CCMA's initial $70,000 in support, its customers, inspired in no small part by Ms. Bezkrovna's heroism, have donated an additional $35,000 to the efforts.

Email This email address is being protected from spambots. You need JavaScript enabled to view it. 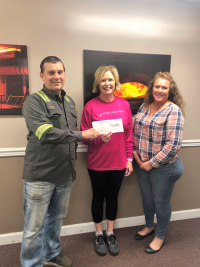 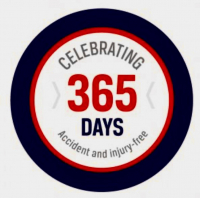 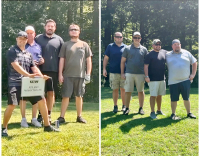